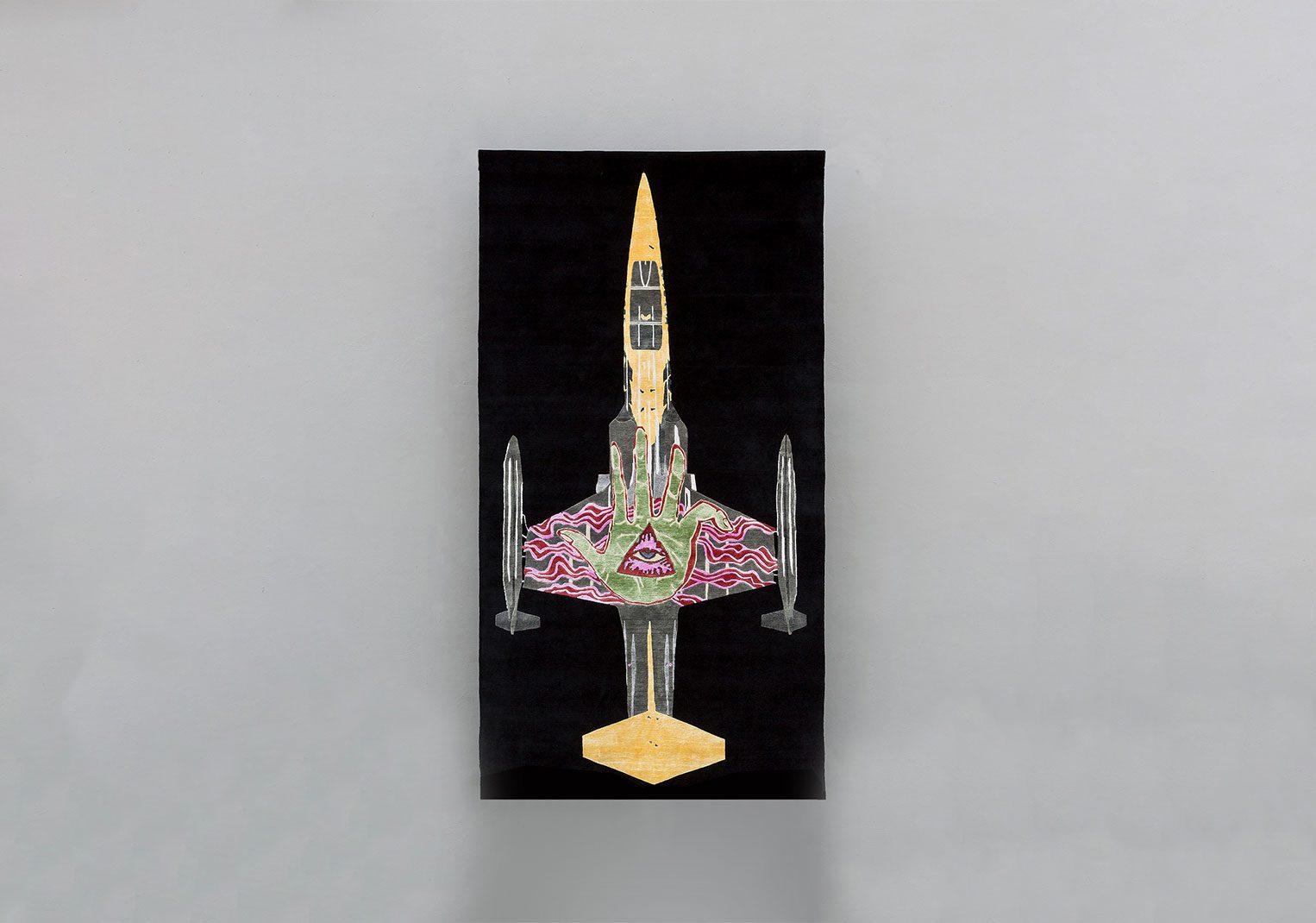 “Pisshand” is our first collaboration with contemporary artist Zhivago Duncan. This piece references a work by the artist of the same name created during the ‘apocalyptic phase’ of his career characterized by the myth of creation, and the epic history of existence where consciousness is the protagonist.

In “Pisshand”, Duncan presents a utopian future in which humanity has disappeared, and technological intelligence (T.I.) has taken control of the world, becoming the new stage of consciousness, where consciousness is united, intending to become one once again as it used to be from the Big Bang. As T.I. takes over, it realizes that it has one consciousness, and that is all that needs to keep the world safe, in a form that can exist for the most extended amount of time possible, eradicating humankind. Later, one human being has been thawed and wakes up not knowing what has happened to the world. In his quest to find other human beings, he “goddesses” those mechanical objects that man used through time, such as cars, trains, and planes, worshiping these “dinosaurs of mankind”.

“Pisshand” features an airplane, which for the artist represents “those dead gods who in the history of humanity have abandoned humankind” – the piece raises the question “what are all the things we have without humans?”. 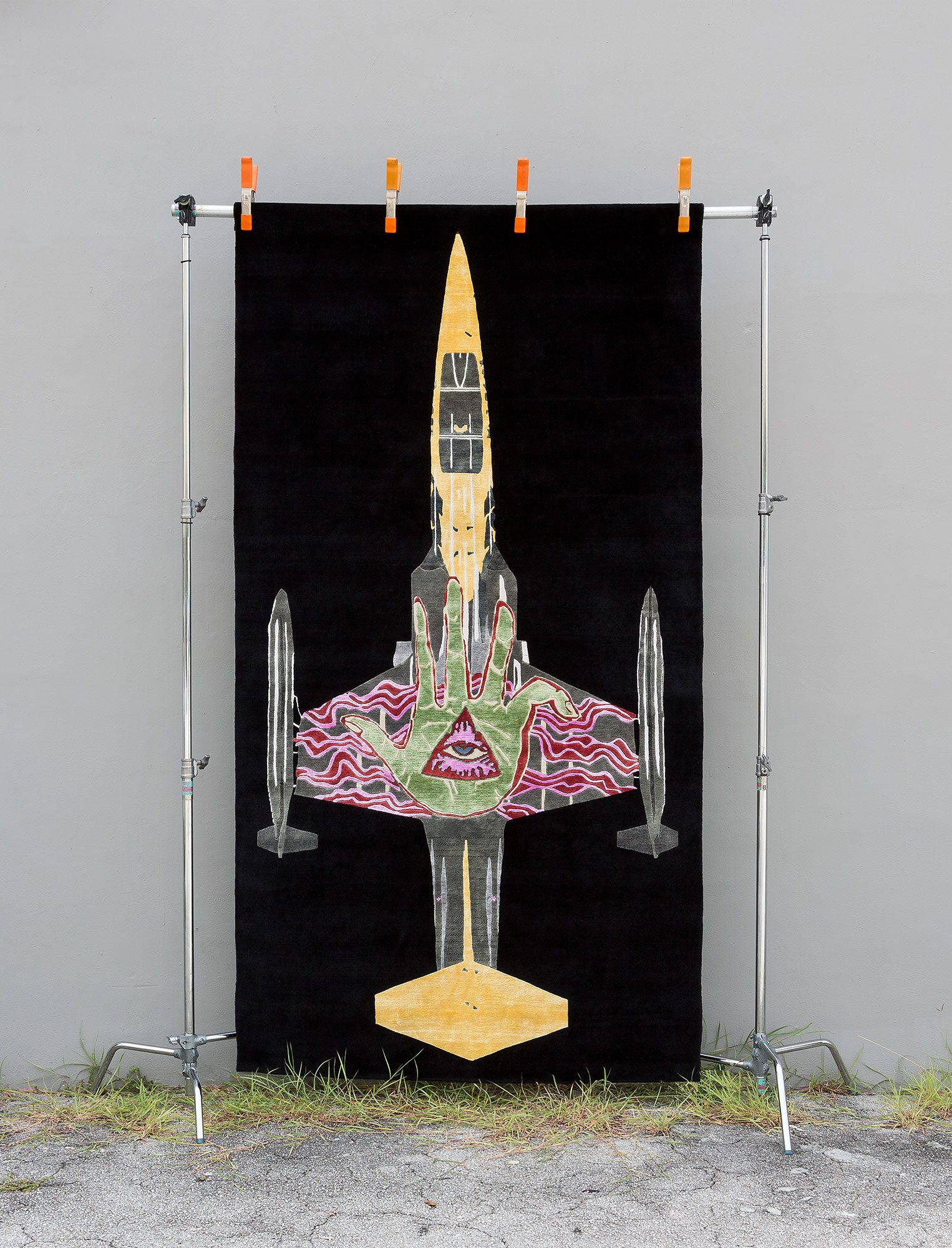 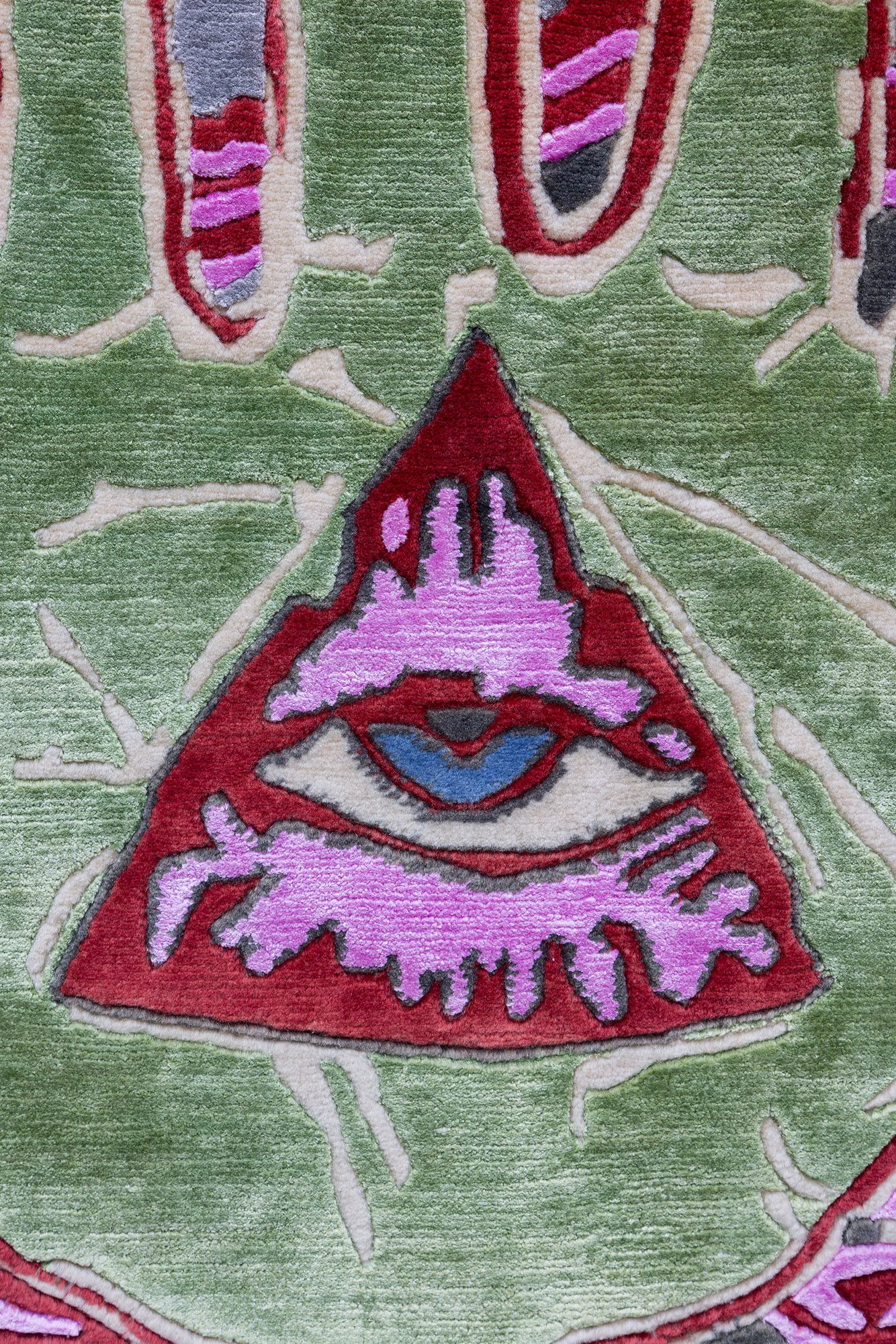 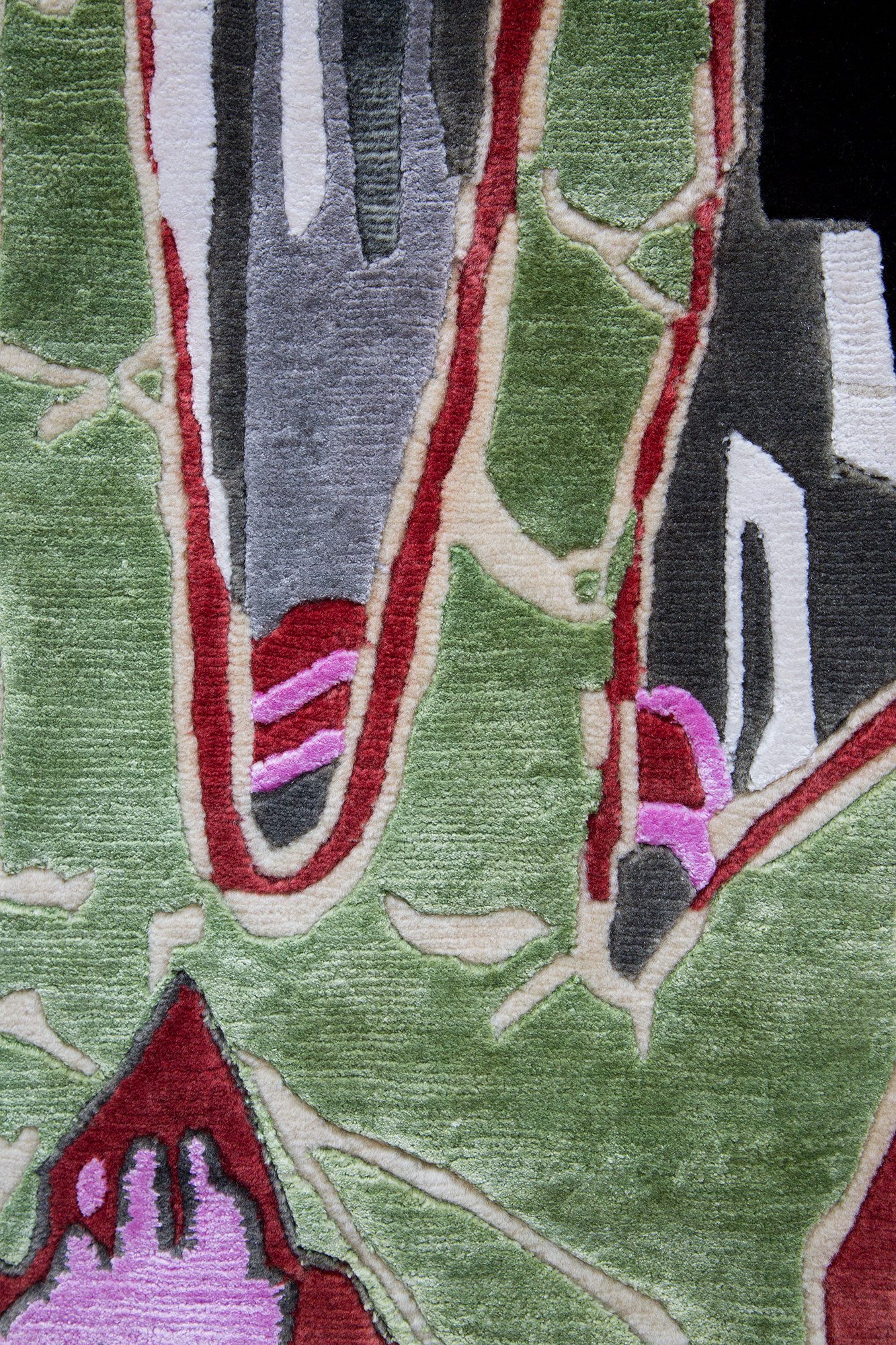 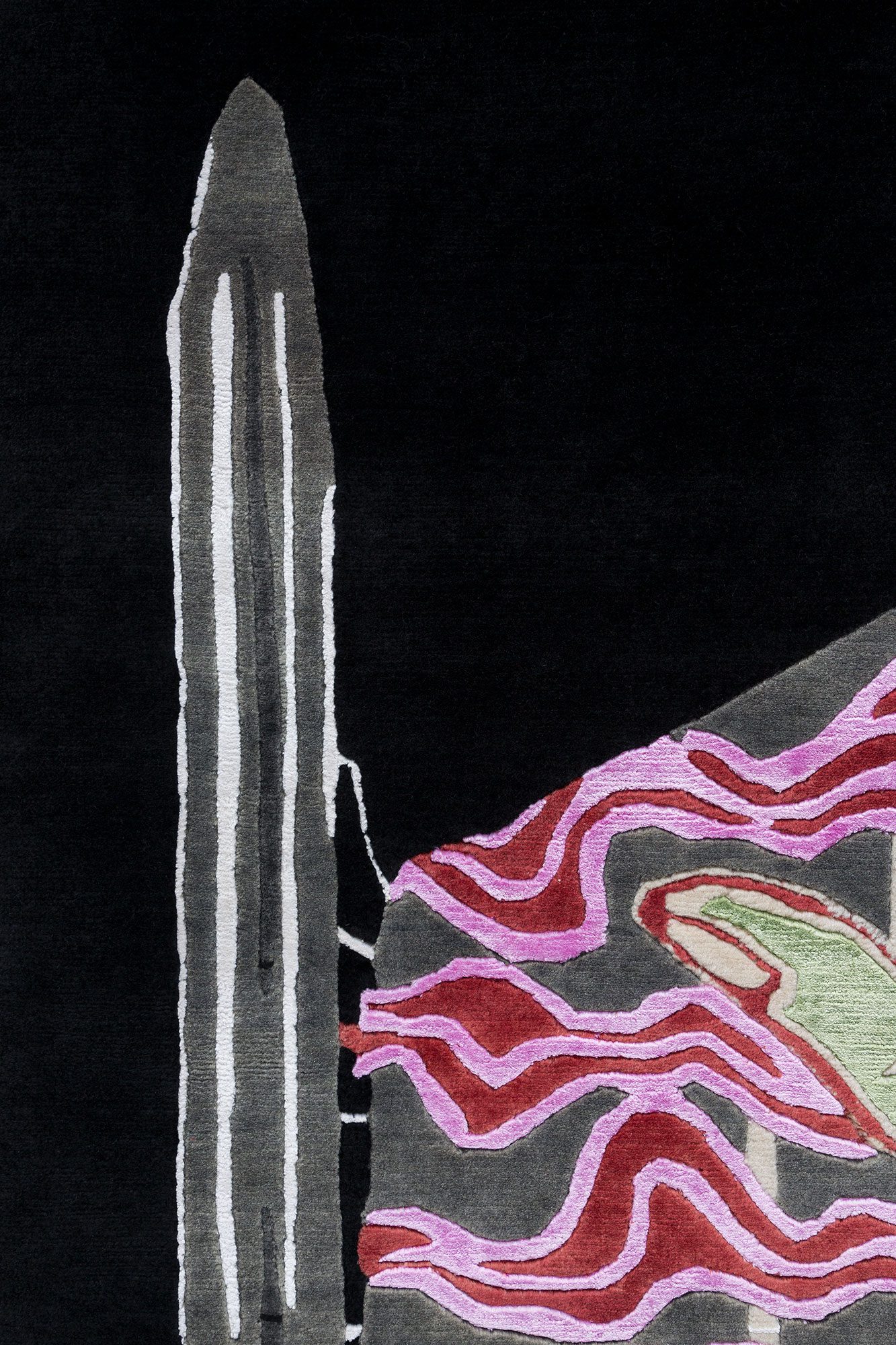 Pedro Ramirez Vazquez – Coatl No.4 – One of the iconoclast’s last original projects