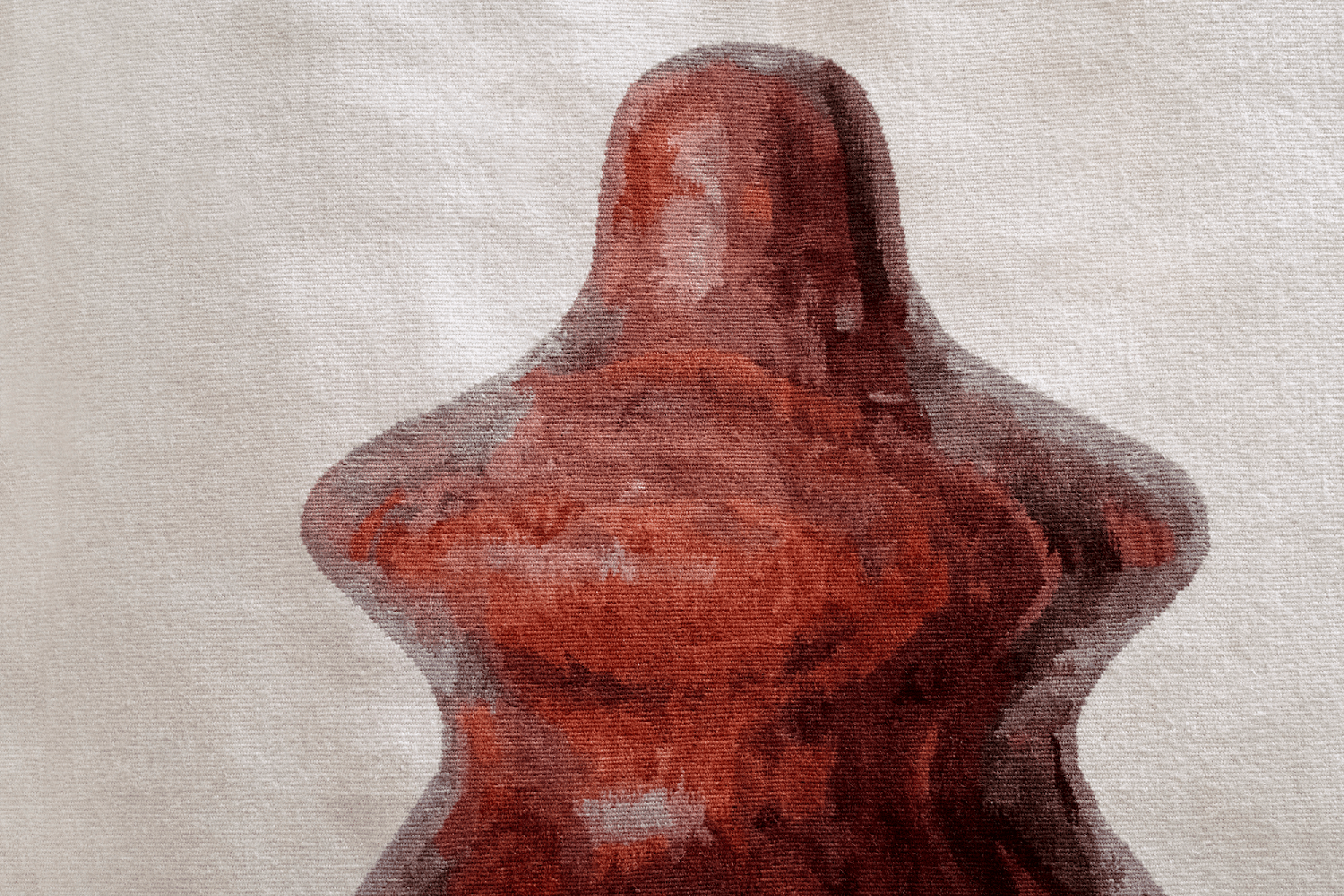 The Dynamo and The Venus by Edgar Orlaineta

The Dynamo and The Venus by Edgar Orlaineta are two tapestries that we produced for his current exhibition at La Tallera (October 22, 2022 – March 18, 2023). The pieces were commissioned by CGN Gallery.

We spoke to Edgar at his studio in Mexico City, to learn more about the influences behind the tapestries.

What are some of the main themes influencing your work right now?

Lately, I’ve been very interested in craftsmanship more than craft and I have been working directly with wood. When you get very used to working with a material such as wood you start working automatically, that ‘space’ or ‘moment’ of becoming automatic is something I’m trying to understand and explore. I have been reflecting on this phenomenon of how we as humans transform matter, and how matter also transforms us. 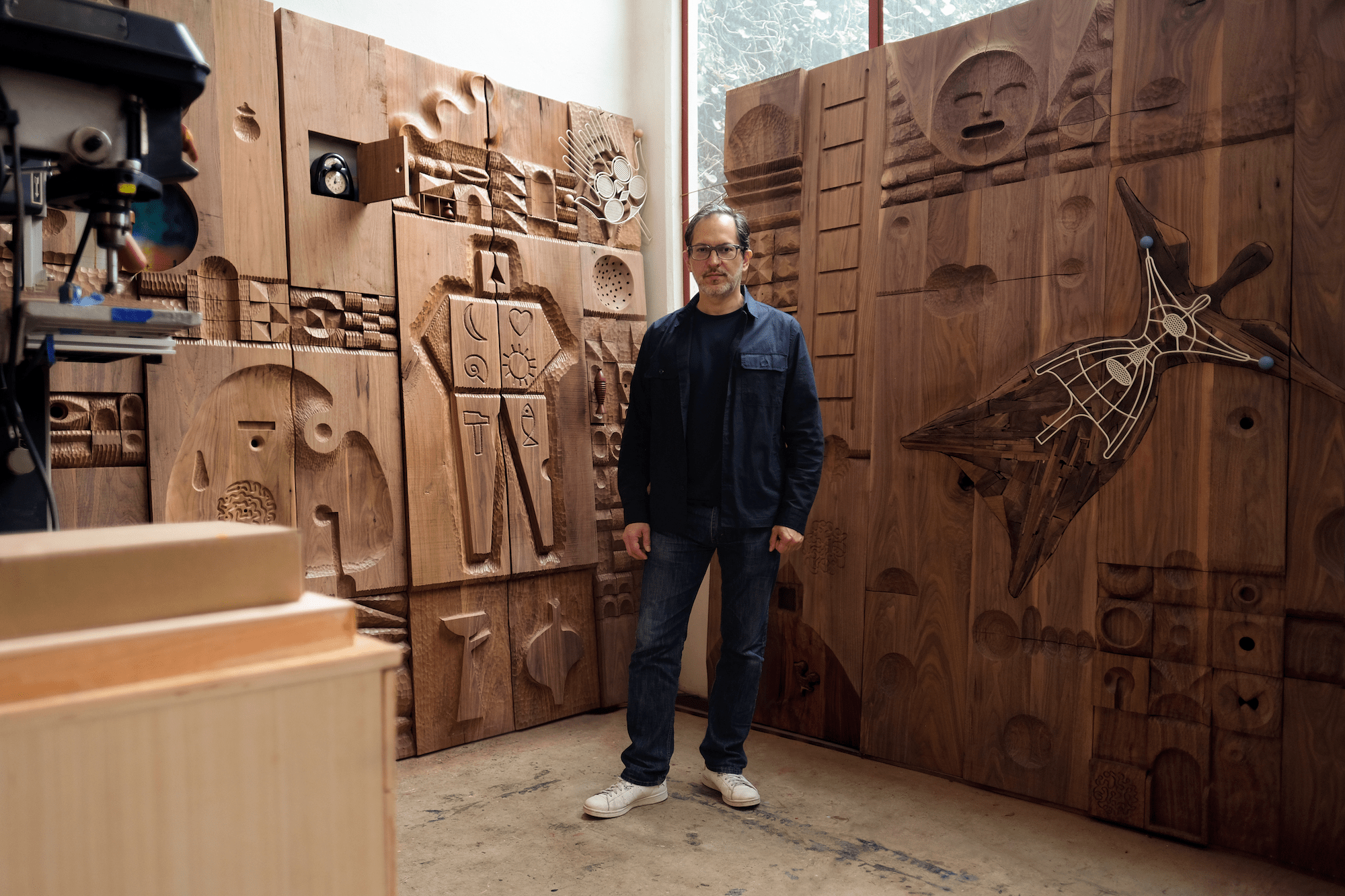 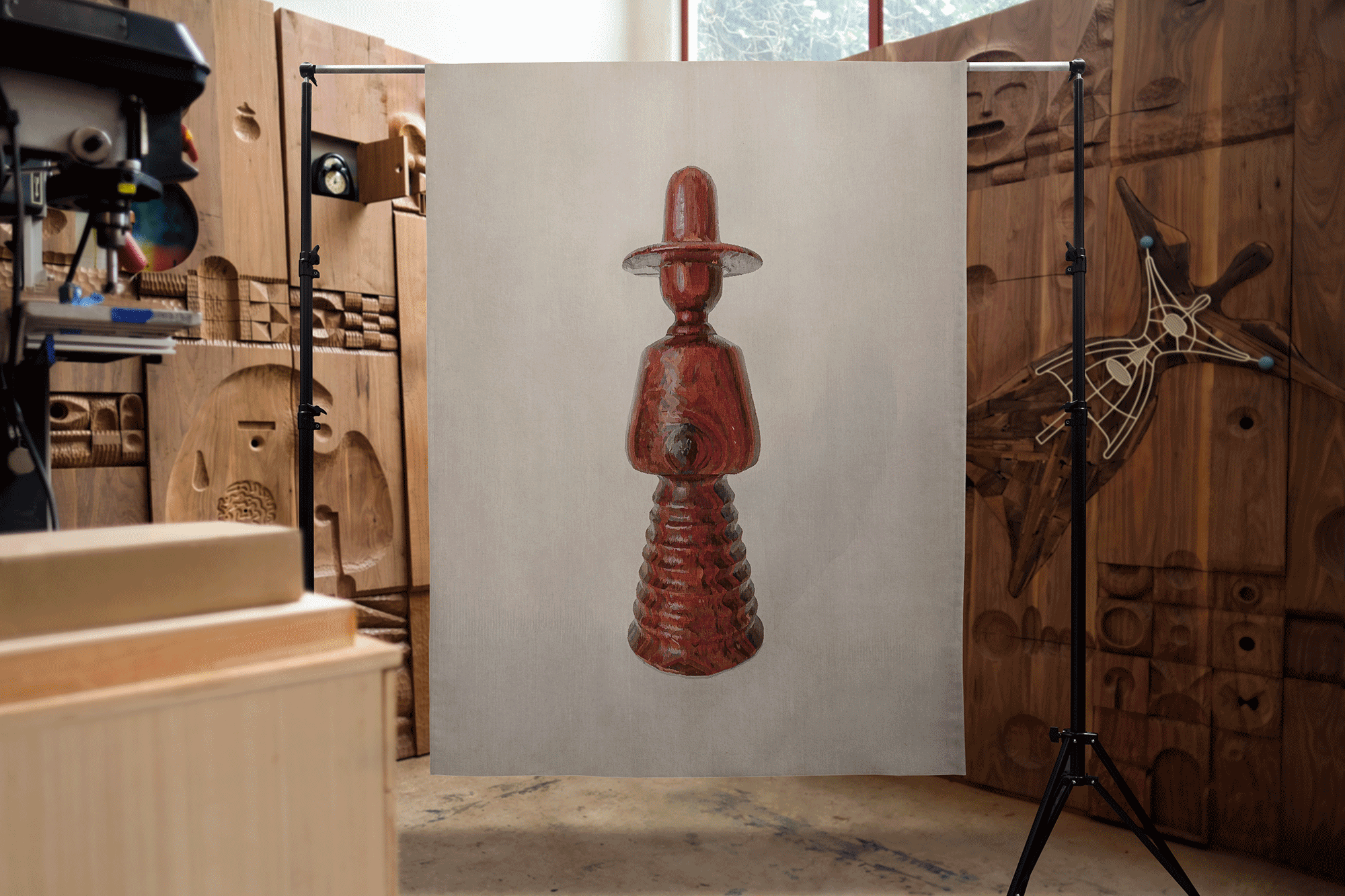 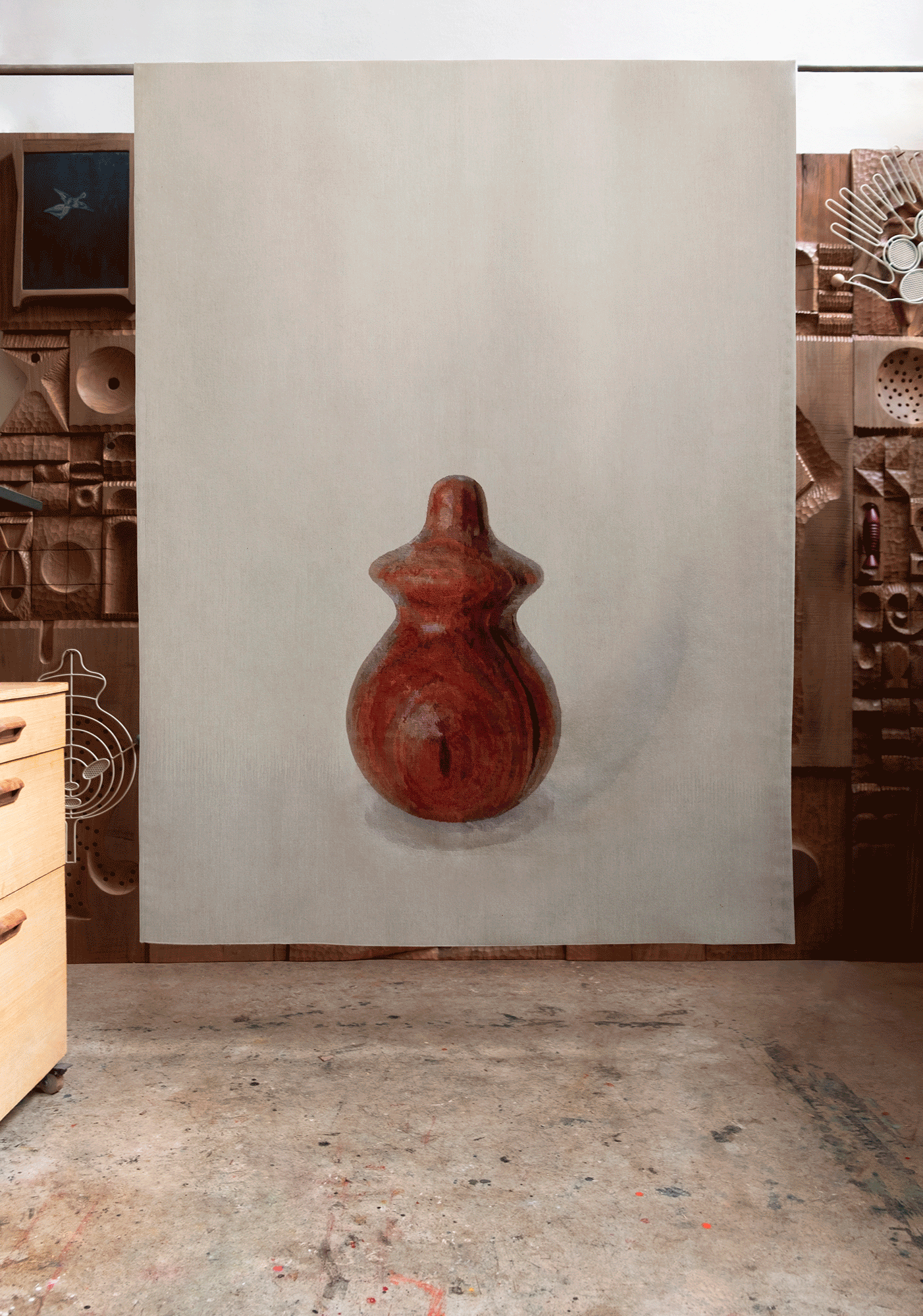 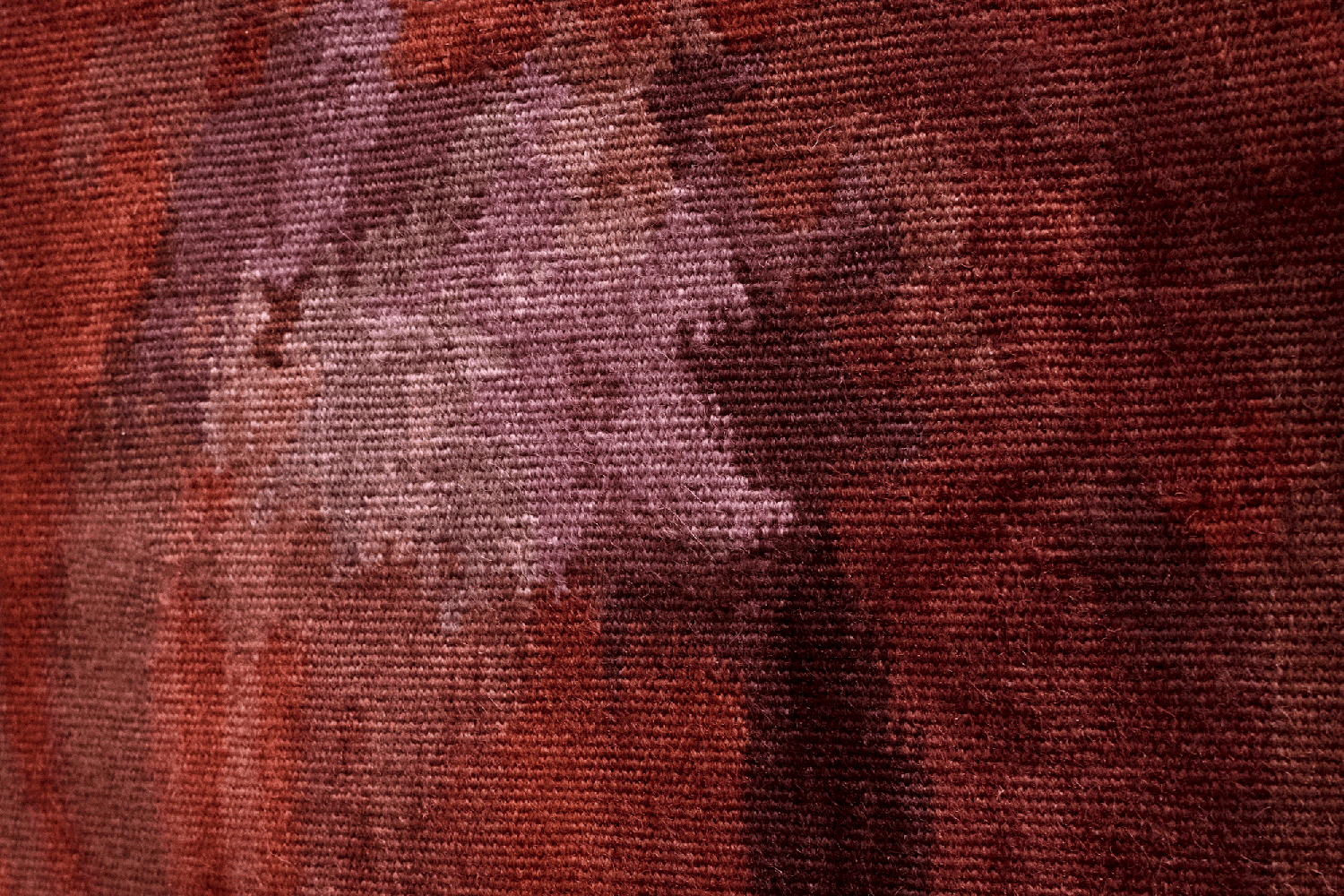 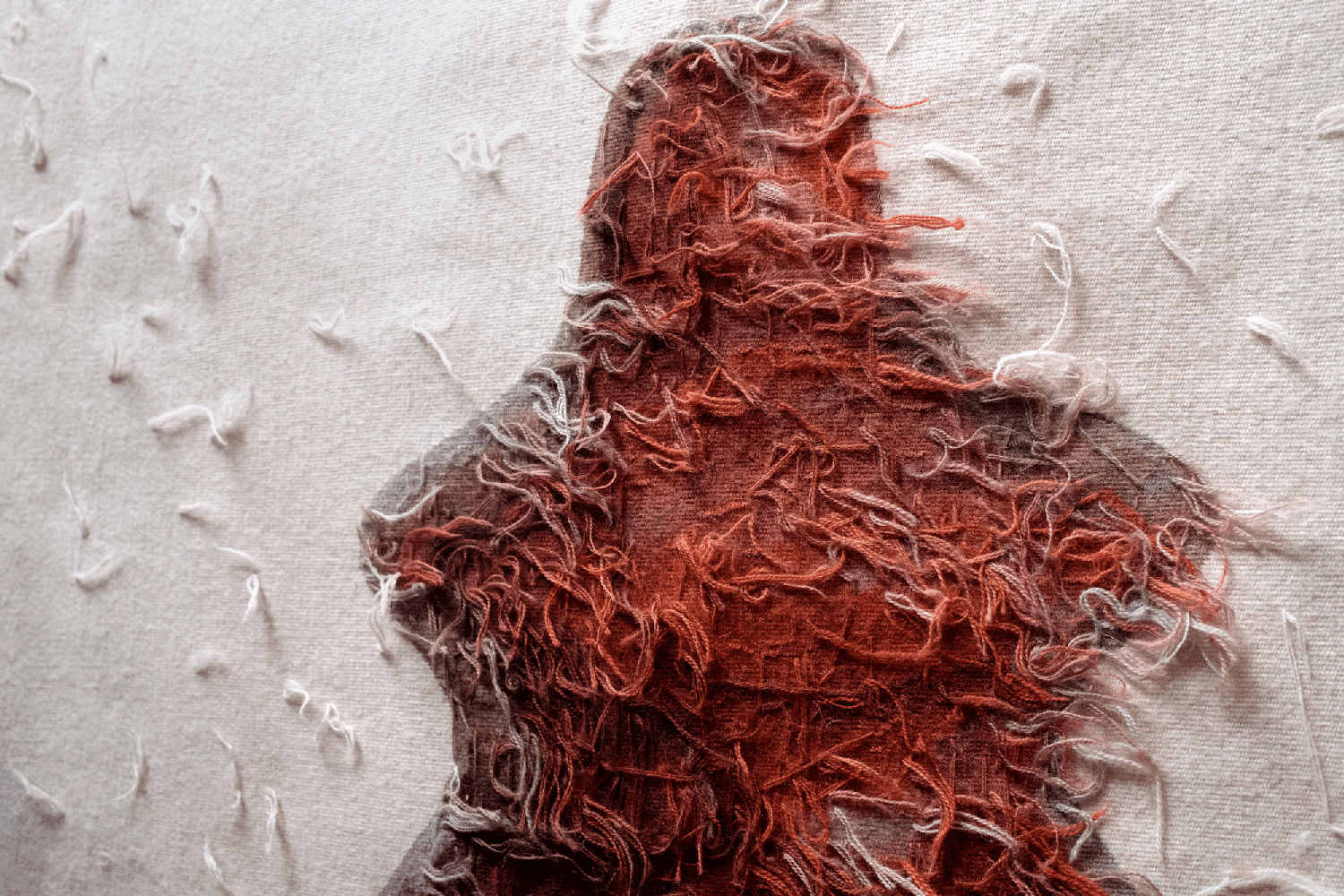 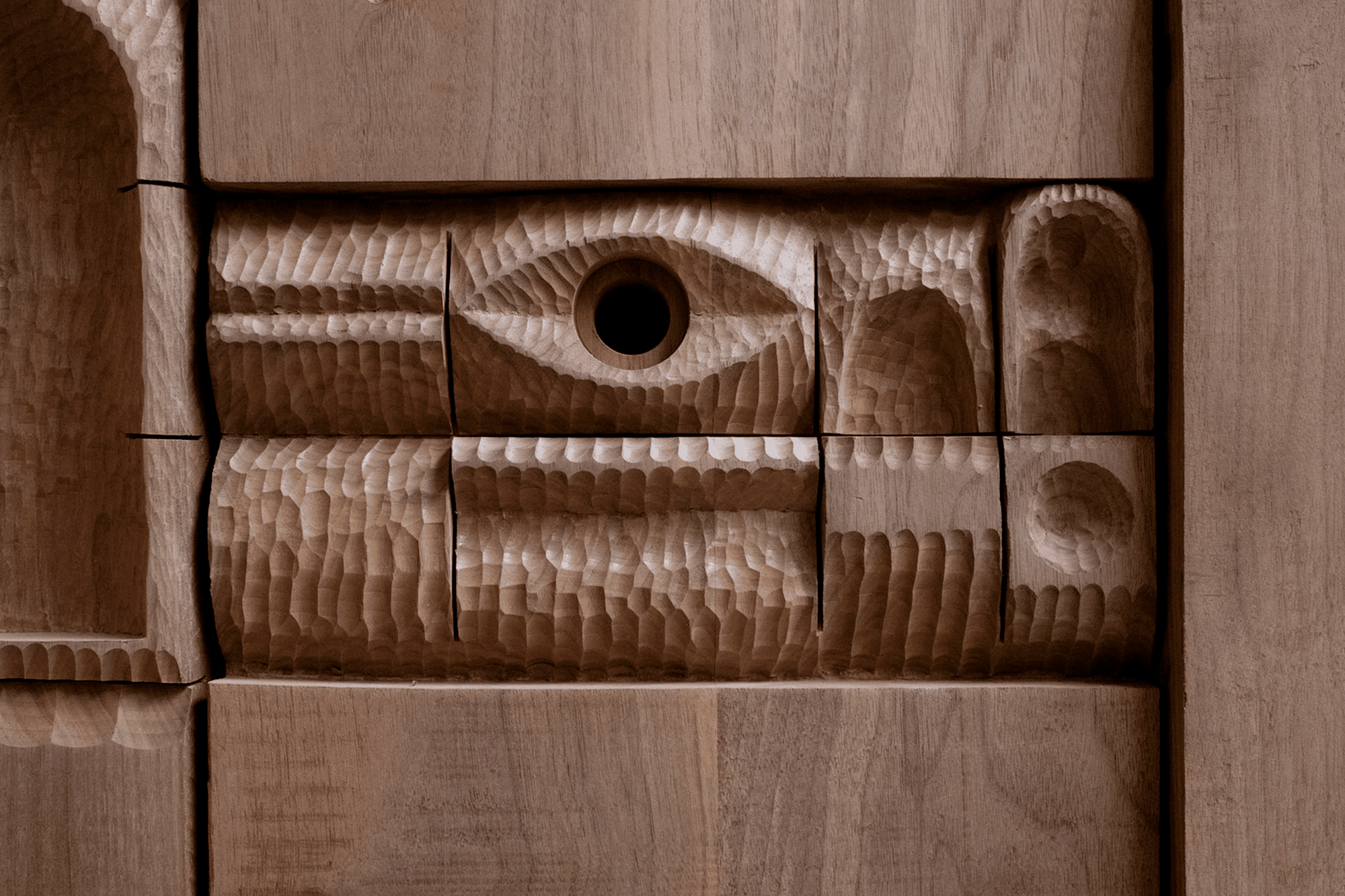 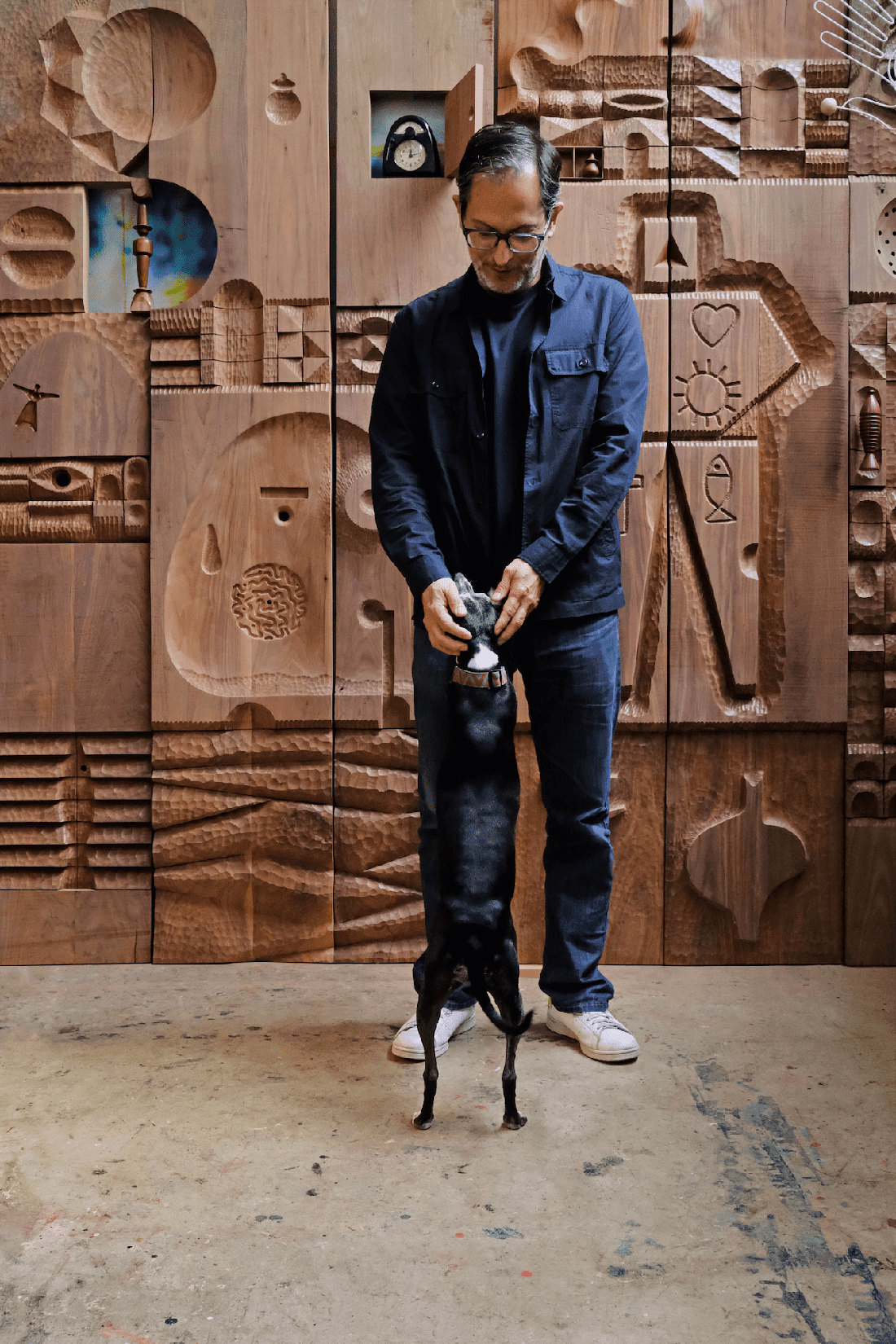 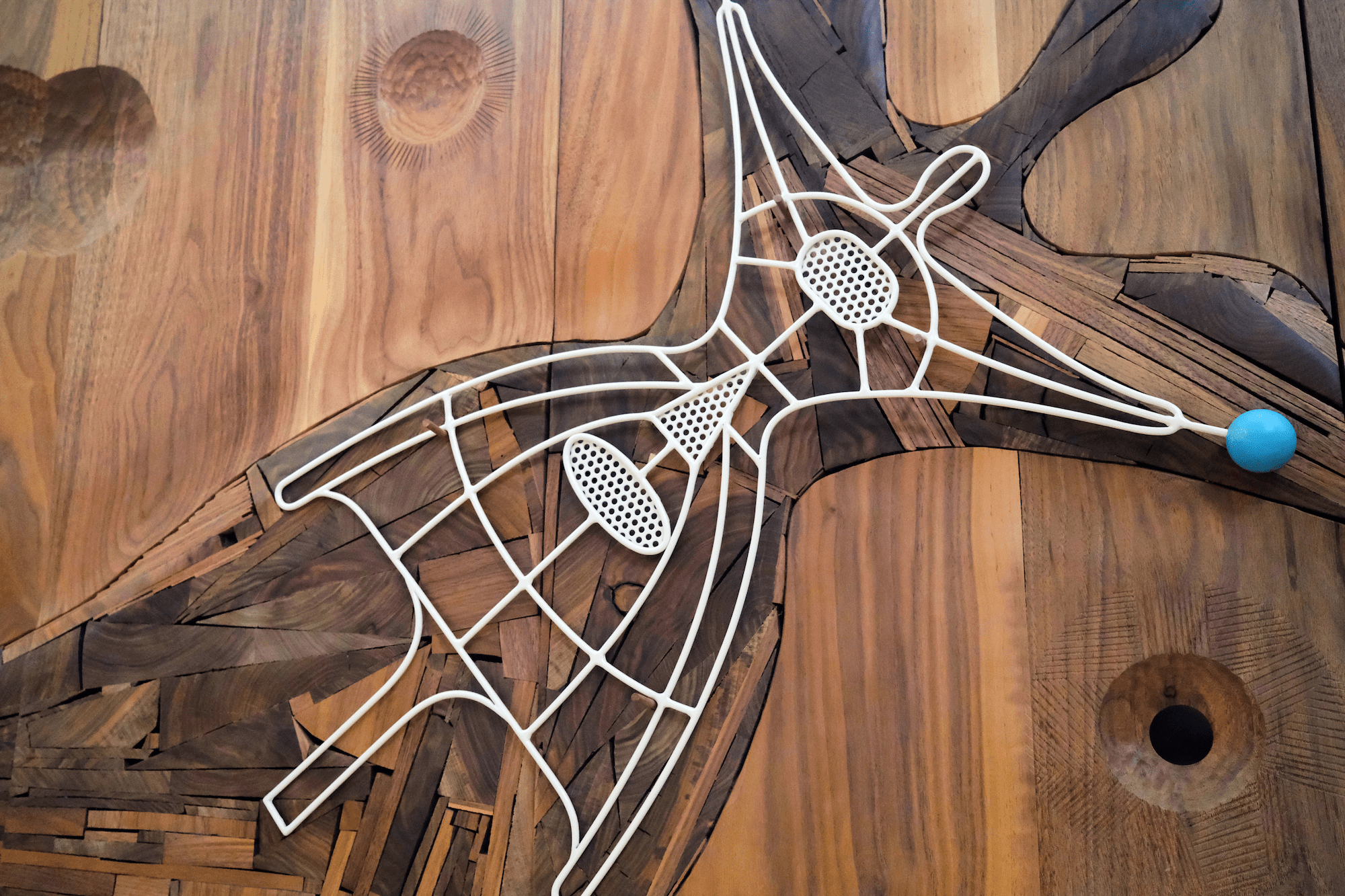 Could you tell us how you developed The Dynamo and The Venus tapestries?

The tapestries form part of an exhibition that will open in October at La Tallera. They feature two figures The Dynamo and The Venus, which are inspired by a chapter of the book

Henry Adams went to the The Universal Exposition in Paris, where he was really taken by the new dynamos that transformed mechanical energy into electrical energy. He made this analogy between the power of spiritual force and the electrical dynamo. In a way, he was also talking about nature and technology… and spirituality and science.

Adam’s text made me think of Baudelaire’s observations on the way humans relate to objects, commodities and merchandise. So, while the pieces are explorations of form they are also about how, in modern times, we relate to objects. And it’s not so much about the object, but what we bring to the object, what they come to mean to us. 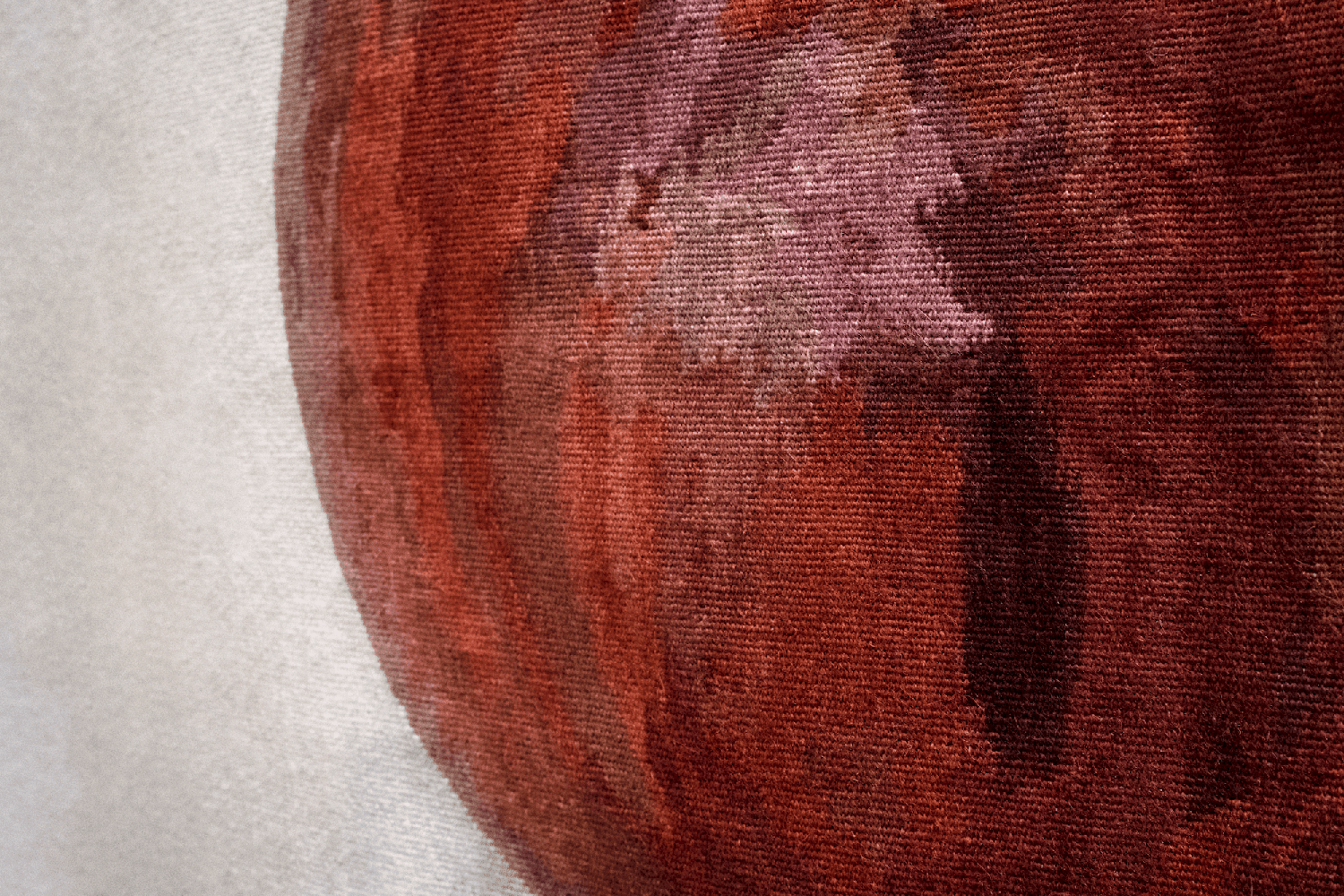 How did you decide upon the forms for each piece?

We use science to discover the world, to understand the world. We make these exercises and repeat them so we know how things function, but at the end, there are these basic forces like gravity or things that we can never really understand. And spirituality is similar in a way, at the end there’s something that we cannot really understand. So, I guess this is the question for me and this inspire the pieces. I turned The Dynamo into a male figure and The Venus into an abstract, primitive shape of a woman that represents fertility. 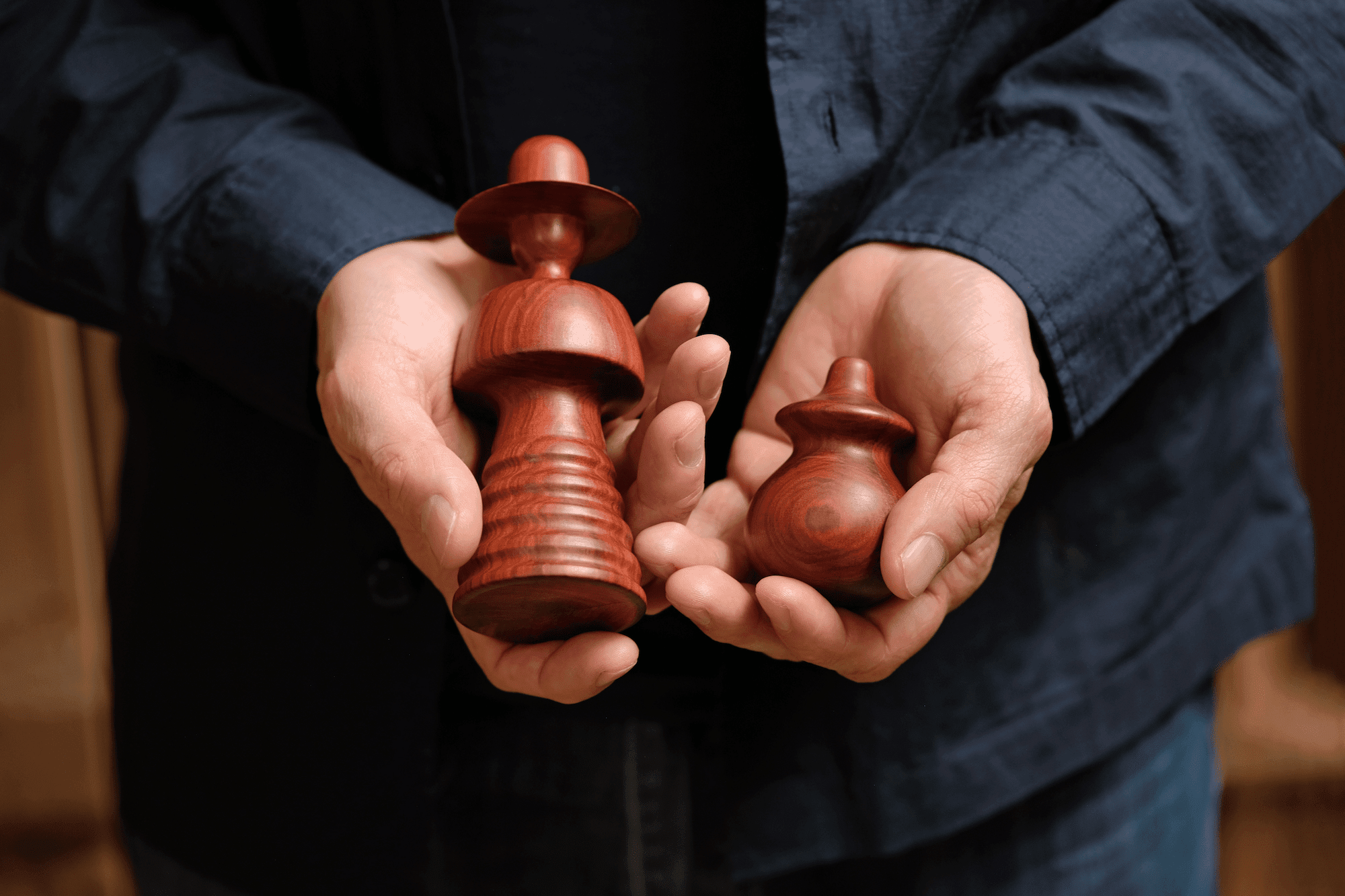 What made you want to translate the sculptures into tapestries?

I was interested in the relationship with the objects and how energy is transformed. I took a piece of wood and turned it into a shape with my hands. And then, somebody made an interpretation of my work in a bi-dimensional piece of tapestry. This translation, or transformation process was what appealed to me. 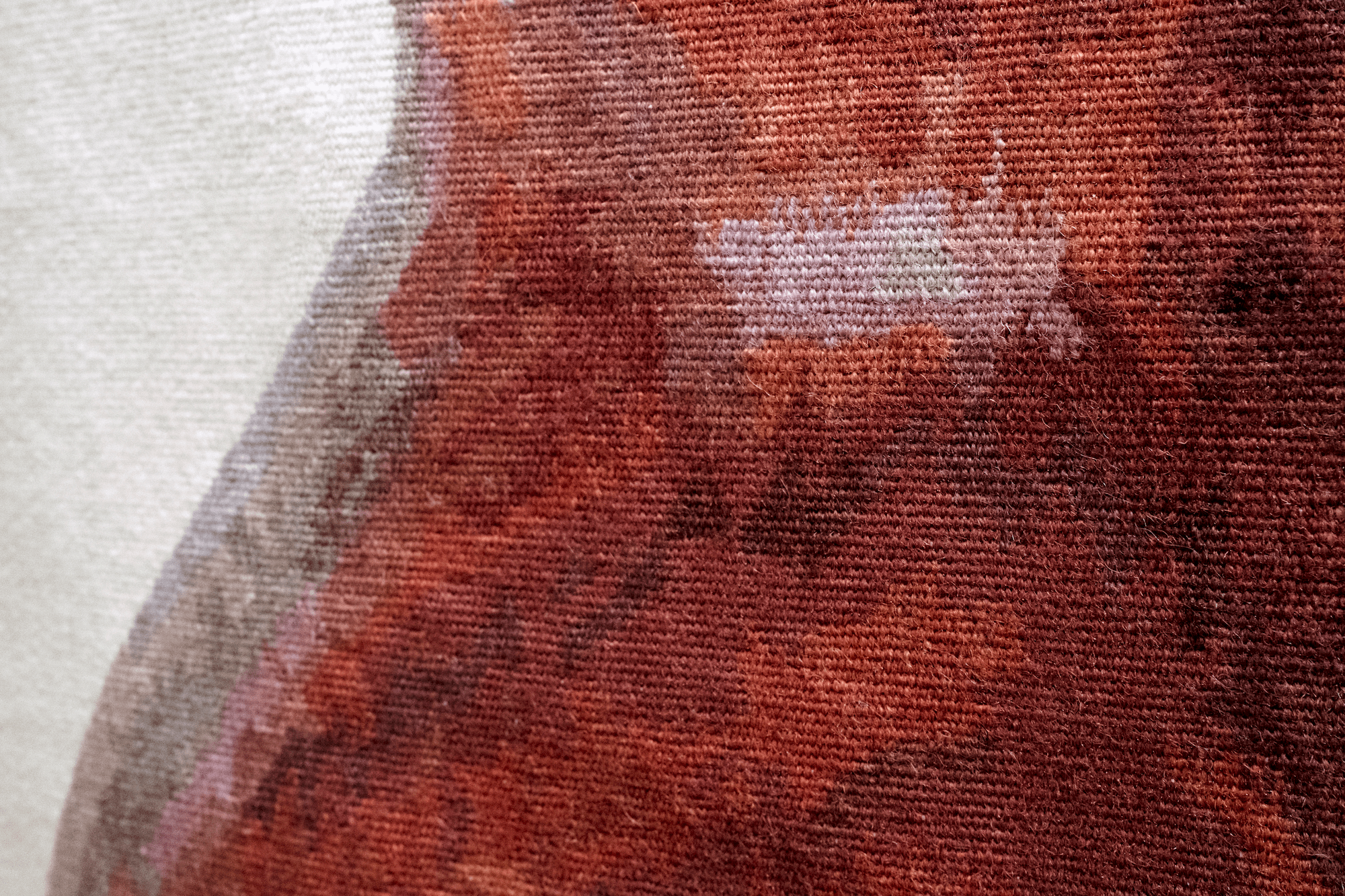 How was the process of collaboration?

Complete liberty. This is a work of somebody else’s hand… so, I wanted to give them the freedom to their judgment. I like a lot the the translation, the similitude but also the differences. I was really amazed with the quality of the work when I saw them in person, in that sense it’s a very successful collaboration. 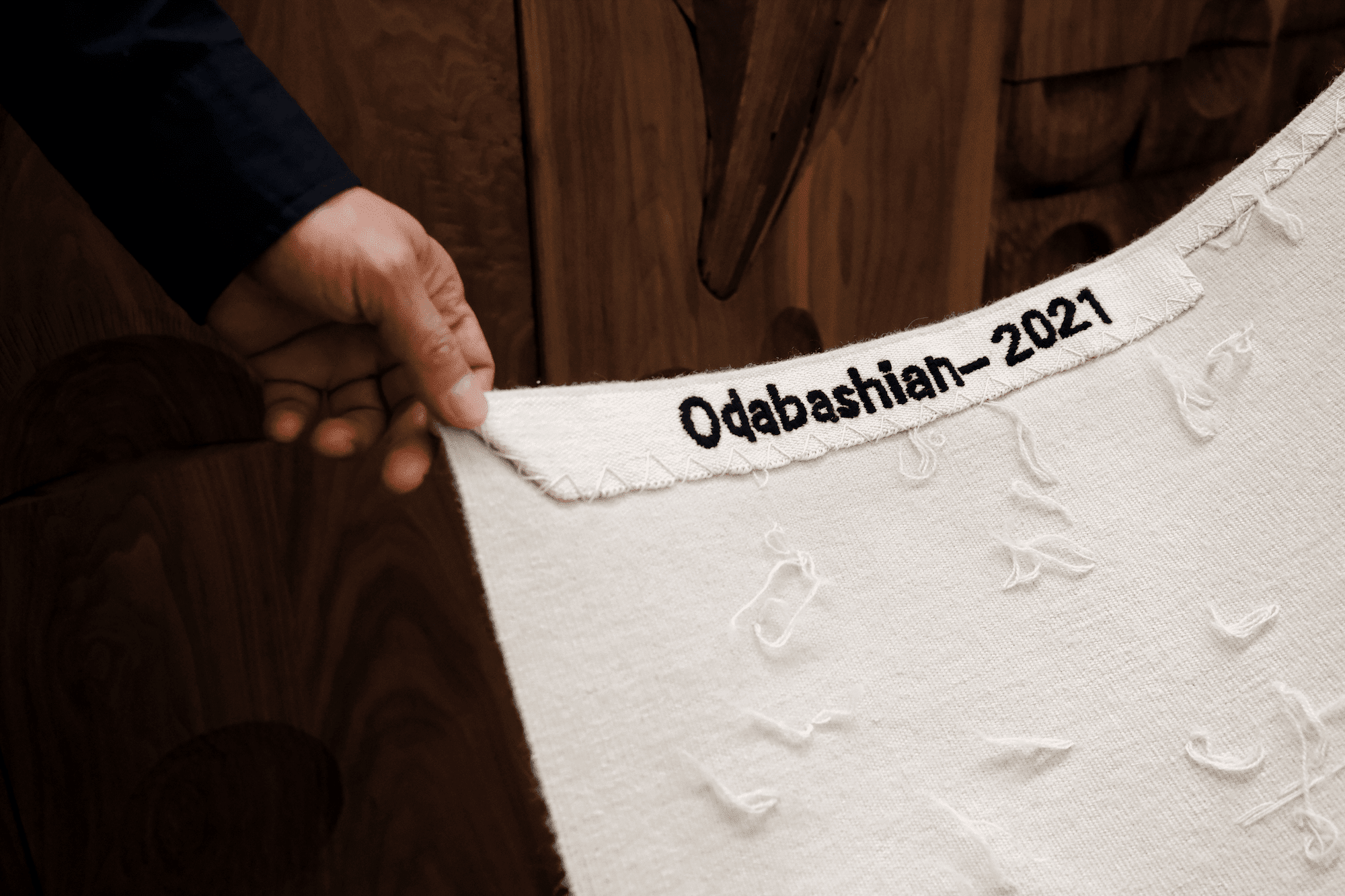 How familiar are you with working in textiles, weaving etc?

I’m very fond of textiles and I do have a collection of textiles, but I’ve never really done nothing like this. So, I guess it was all fun and excitement. We thought about doing a rug, but I really wanted the detail and this idea of similitude and precision, so the goblin technique was more adequate.

For me, there wasn’t really a curve of knowledge. I really didn’t learn anything about the technique, but there is always a risk and tension based on your expectations. You don’t know what’s going to happen to your idea, if it’s going to be successful. But in this type of collaboration success for me has to do with originality, with closeness to the origin, with truth. 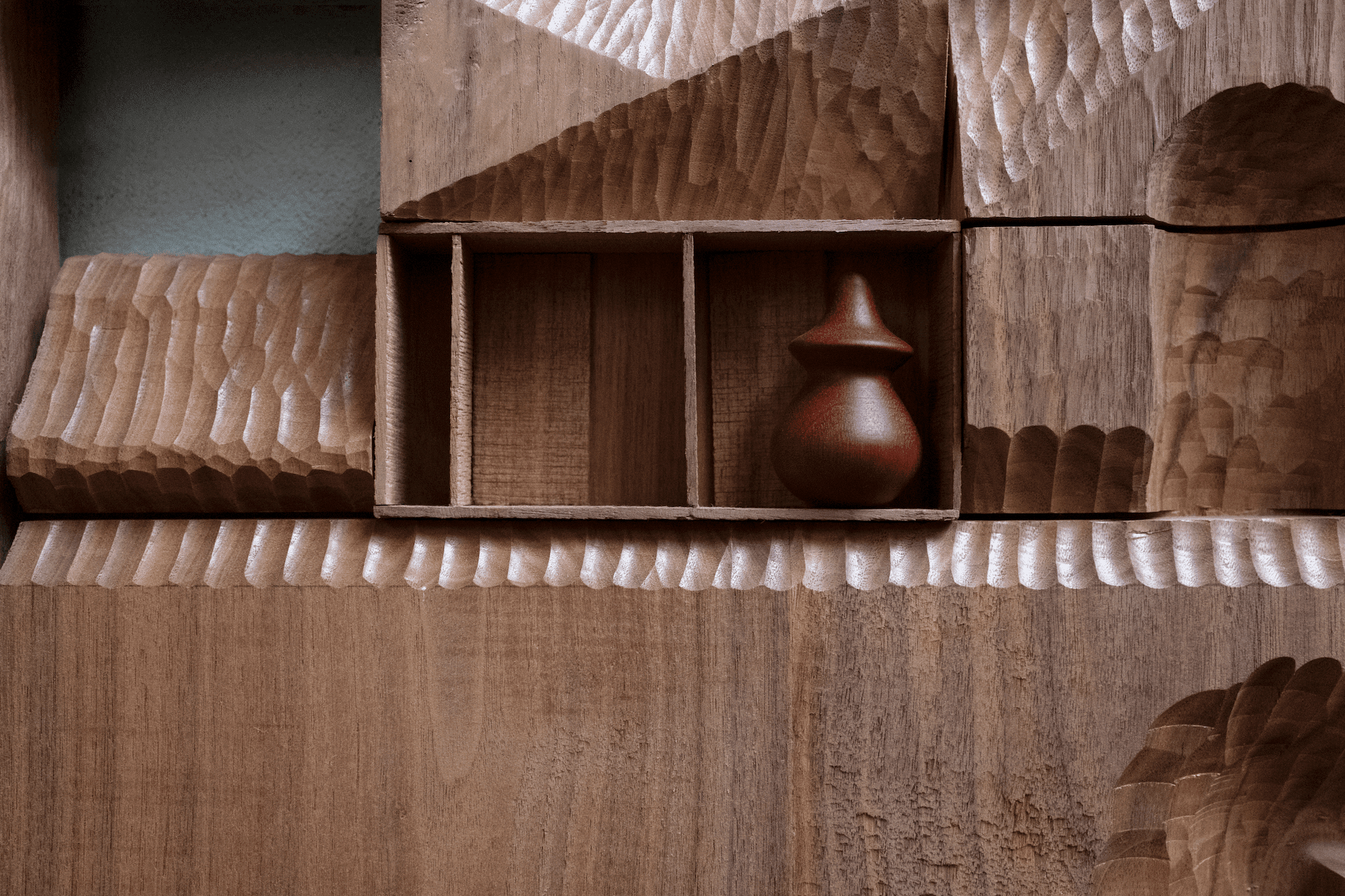 Can you tell us more about the exhibition you have opening at La Tallera?

The show is opening on October 22 at La Tallera in Cuernavaca, which used to be David Alfaro Siqueiros’ workshop where he did his murals. There are a lot of new pieces, sculptures, tapestries, and blown glass.The work explores several modernist pieces like a metal house that was made in the early 1930s for Ruth Page, a ballerina from Illinois that was, for some time, the lover of Isamu Noguchi. there are pieces that refer to the sculptures of Noguchi also. What I am interested in from this period is the idea of modernism and progress and the critiques and scepticism around ‘progress’ or this idea that society or the world is getting better and better. 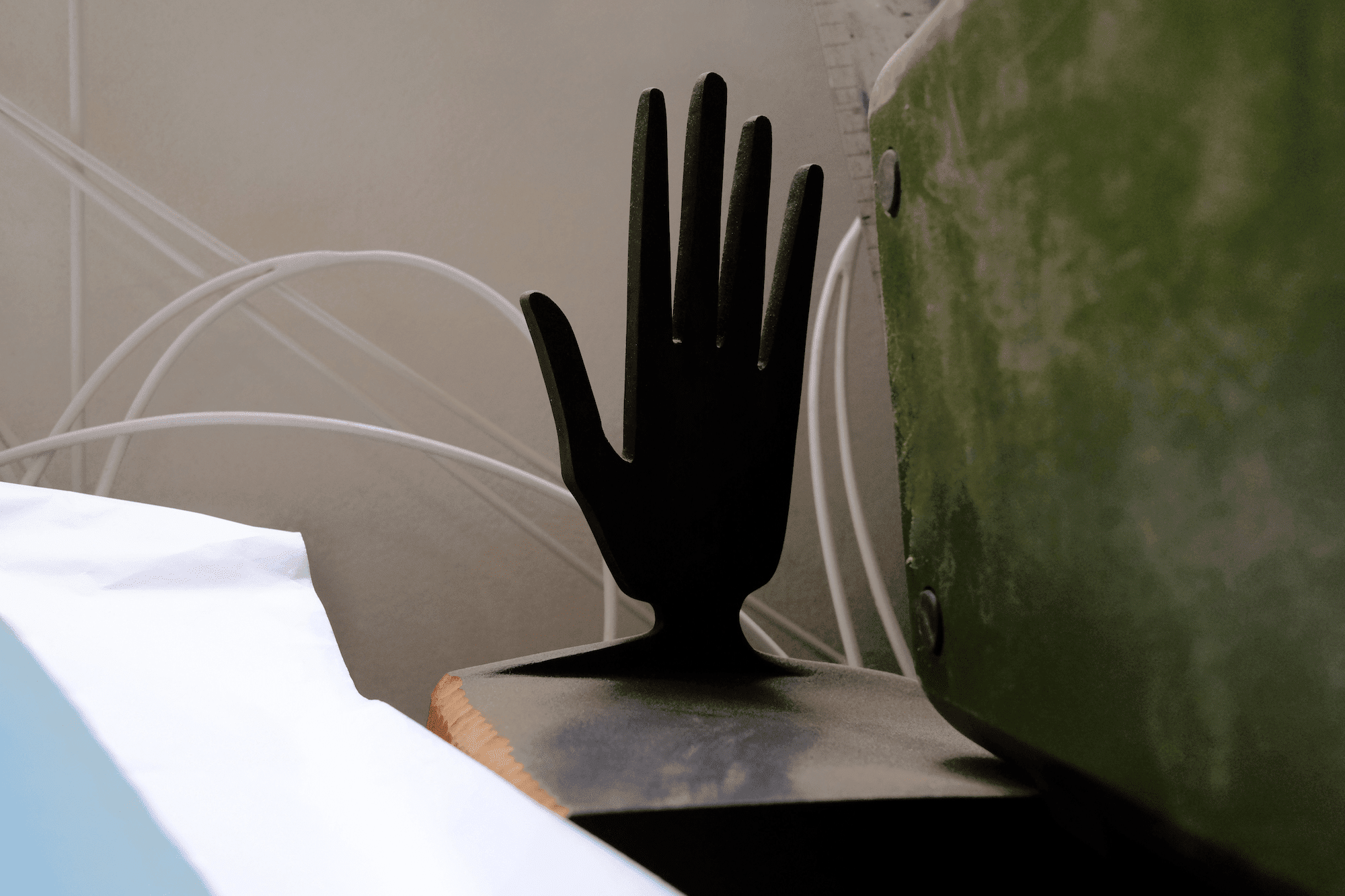 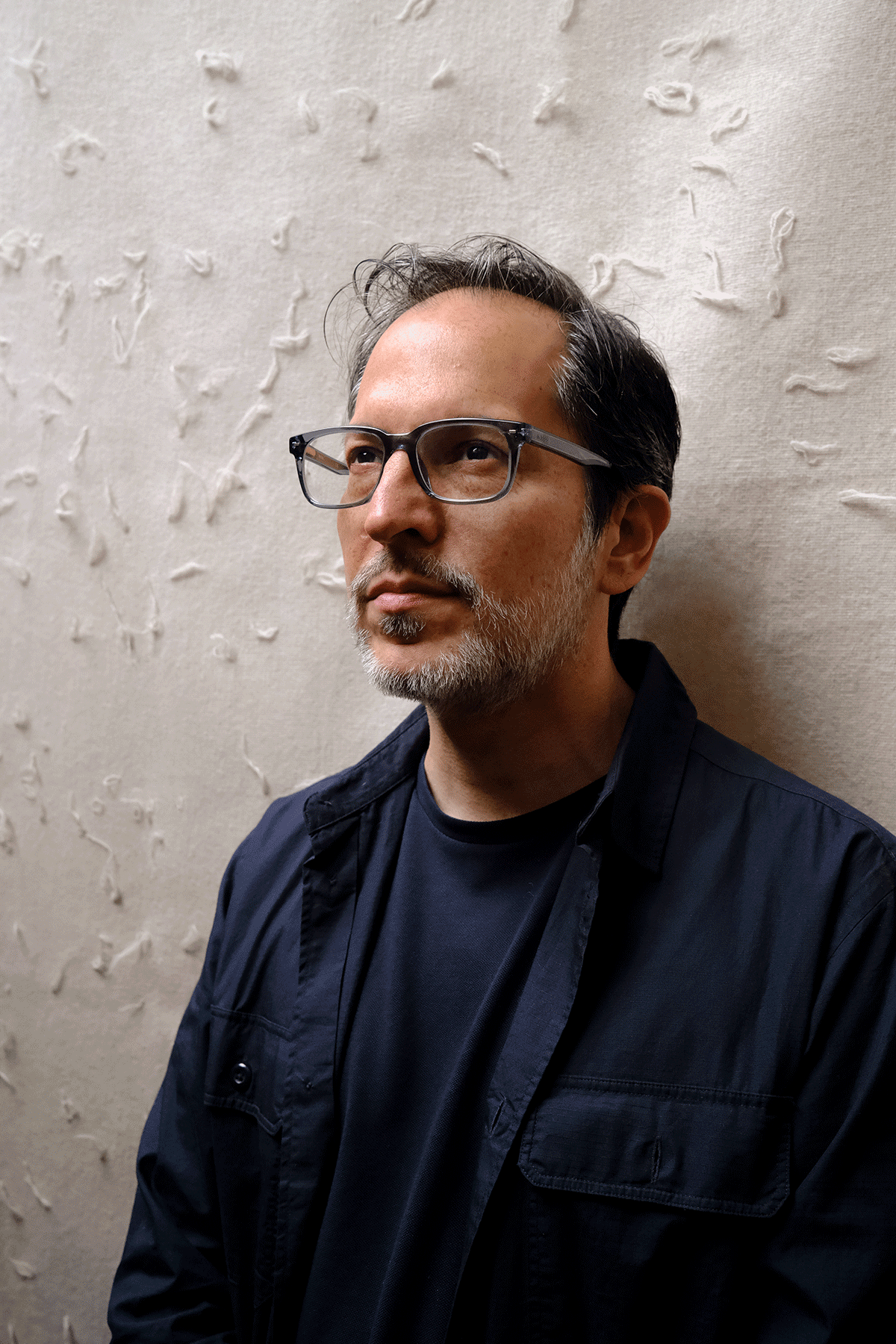 Edgar Orlaineta is a visual artist, from Mexico City. His work often explores projects from the history of design and architecture, especially modernist design. He elaborates and explores these ‘design motifs’ in different ways from highlighting ecological issues, economical issues or even reframing the pieces as new works that are contradictory or paradoxical to the originals.