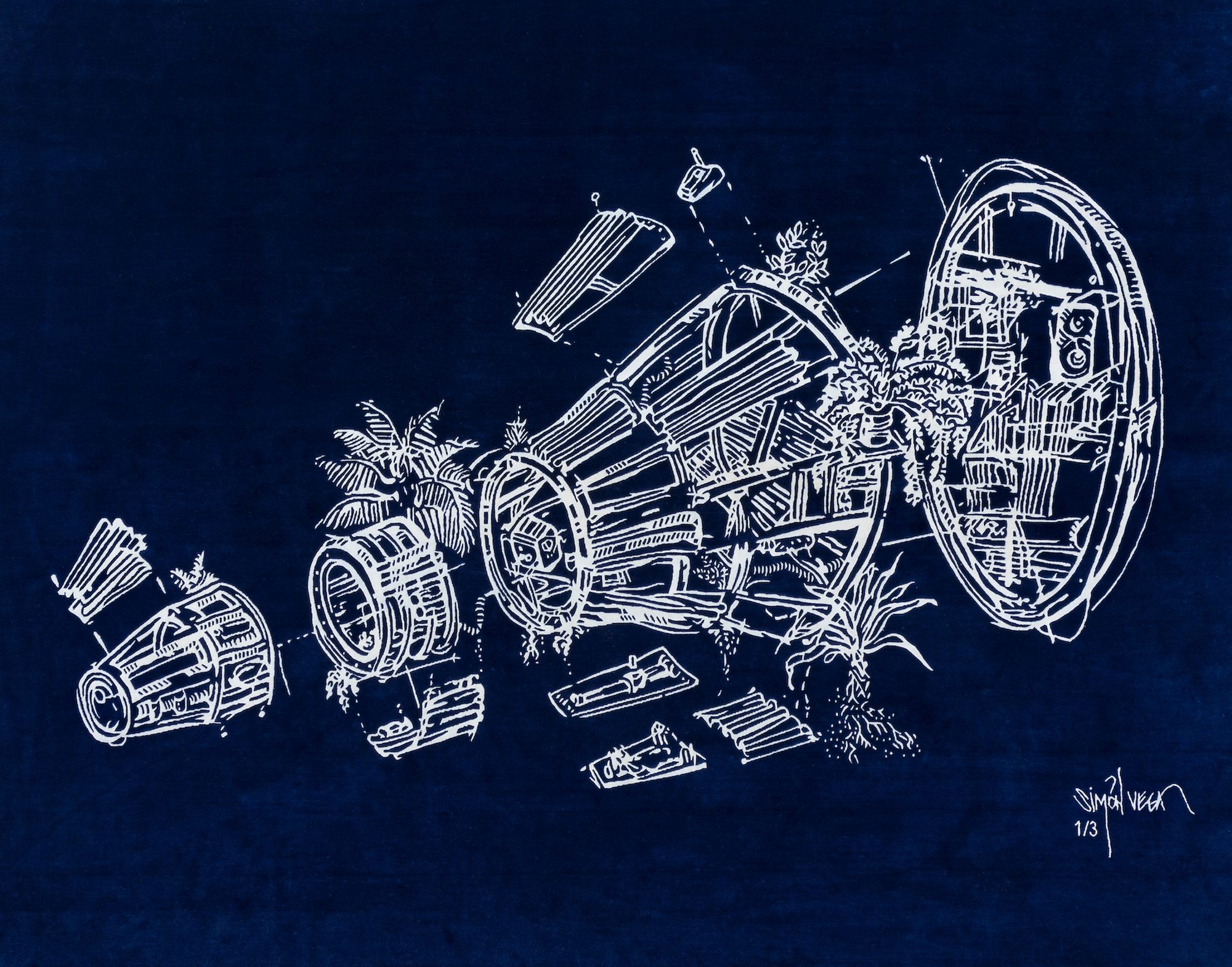 Simón Vega creates drawings, ephemeral sculptures and installations inspired in the informal, self made architecture and vendor carts found in the streets and marginal zones of El Salvador and Central America. The space capsule sketch in the rug is based on one of the artist’s sketches of a 1:1 scale Mercury capsule sculpture that is part of the Perez Art Museum Collection in Miami. The sculpture fuses an object once associated with state-of-the-art, first-world technology with the provisional architecture found in the favelas, shantytowns, and slums of the developing world.

This rug is an edition of 3. 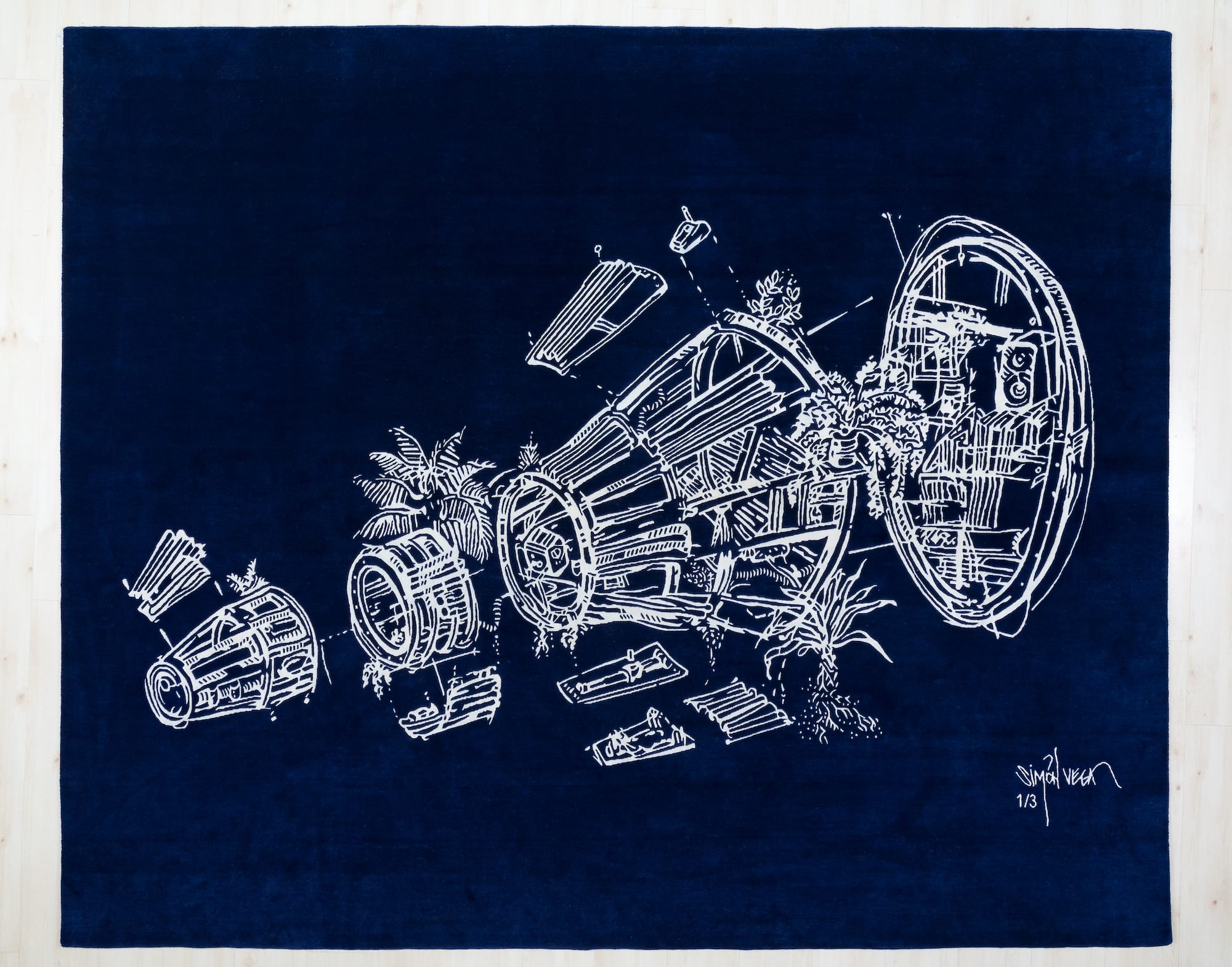 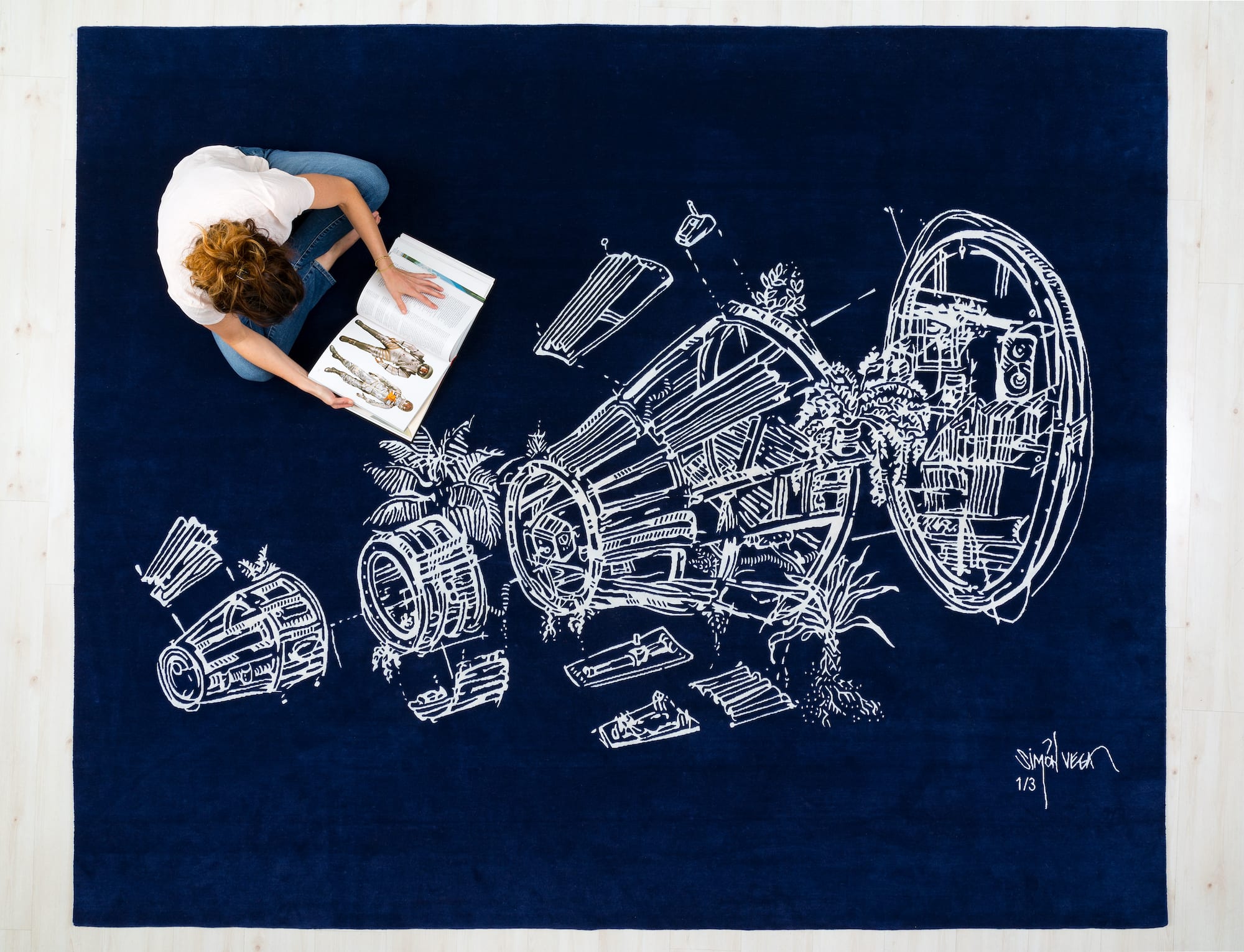 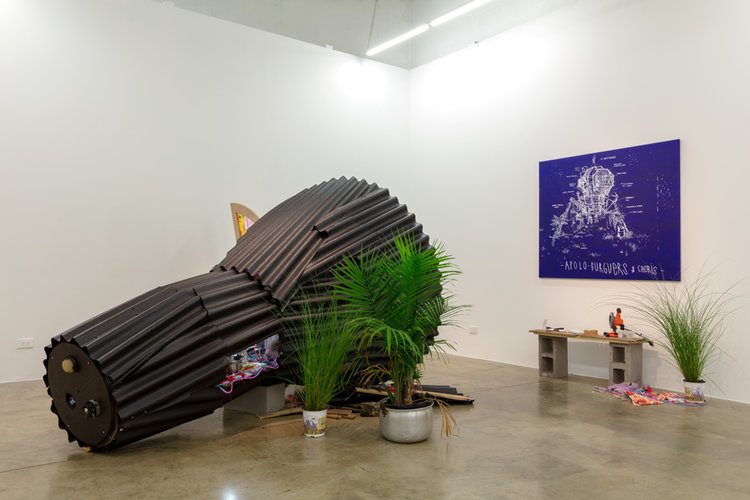 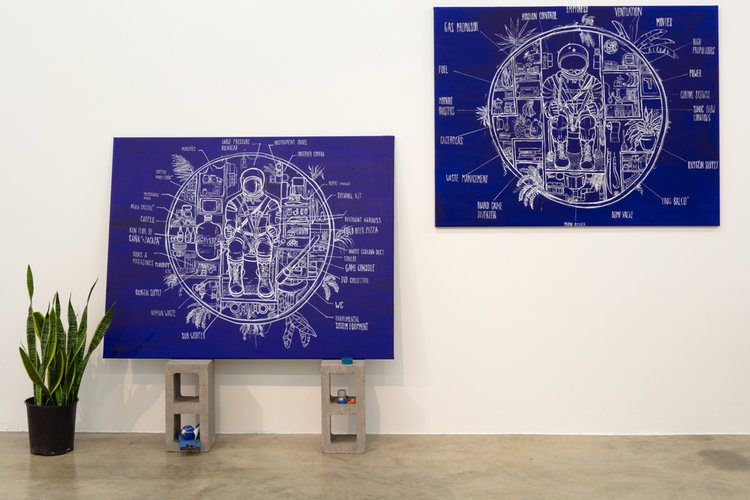 Vega will present works from Tropical Space Proyectos (2011-ongoing), a series of sculptural objects, installations, photographs and drawings which comment, through an ironic and humorous take on the Space Race, and the effects of the Cold War in Central America. This new series of work also show the artist’s growing concern for spaceships and space stations as models of catastrophe escaping vehicles, and dystopian architecture.

These series of works on canvas and paper are part of the Tropical Space Proyectos series, wich deal with the effects of the Cold War in Central America.

These drawings mimic the blueprint diagrams from NASA which were used in the development of space capsules during the 1950’s and 60’s, they are parodies of them and use elements of its technical drawings and texts in a humorous way.

The use of writing and texts in these works also parody the originals from NASA, however they are used to insert political and social commentary as well as social and personal information in humorous ways.

Trenton D. Hancock’s tapestry of trees for the MFAH